atricia Kamara became the executive director of the Christian Health Association of Liberia in January 2014.

The organization was going through a restructuring at the time, and Patricia was in charge of a new management team and a new board of directors. During the transition, IMA World Health (IMA) supported CHAL’s fresh start by making sure they had much-needed items, such as computers and conference tables.

“That brought us joy,” Kamara said this week while visiting the IMA office in Washington, D.C. She traveled to the United States in June to speak at the Christian Connections for International Health (CCIH) 29th Annual Conference at Marymount University in Arlington, Virginia.

Patricia will be part of a plenary discussion Sunday morning titled “Reaching the Most Disadvantaged.” She will give a local perspective on responding to the Ebola outbreak that began, just a few months after she started her new job, in March 2014. It lasted until the World Health Organization declared Liberia Ebola free in May 2015. Although the outbreak has ended, Liberia has much left to do to strengthen its health systems.

The relationship CHAL and IMA had built prior to the outbreak became a crucial part of CHAL’s response when the crisis began. IMA was one of the first organizations Patricia called to assist in efforts to stop the spread of the virus. As a result, IMA was able to quickly provide money to CHAL, enabling the organization to buy personal protection equipment (PPE) and conduct training on how to use it.

The PPEs and training were critical for health workers on the frontlines. Receiving the proper equipment brought some to tears in the health facilities, Kamara said. CHAL supports five hospitals, eight health centers and 45 clinics in Liberia.

CHAL also worked in close collaboration with the Liberian Ministry of Health to train health care professionals, community volunteers, and religious and traditional leaders on key facts about Ebola. One tool used during the outbreak were sound trucks, Kamara said. The trucks played messages and songs from pastors and other leaders that included messages created to raise awareness about Ebola. When people came out to the trucks, they would receive information and, in some cases, hand-washing tools, such as chlorine.

Traditional practices were among the many challenges to dealing with Ebola, Kamara said. For example, it is customary to wash a body before burial, but Ebola can be spread by touching the skin of someone who has died from the virus. Emergency public health practices like this, including avoiding hugs and handshakes in public places, were encouraged by the mass messaging campaigns.

Despite the many hardships that occurred because of the outbreak, there have been some encouraging results. Increased awareness has been one of the most important lessons learned, Kamara said. More people wash their hands with proper tools, which has led to a decrease in cases of diarrhea. And health workers are now taking precautionary steps to protect themselves from disease.

“We know what to do now,” Kamara said.

As CHAL moves forward, the organization continues to work on building the capacity of health systems in Liberian communities. They are constructing triages, incinerators, placenta pits and hand pumps in 17 facilities in seven counties. They plan to distribute essential medicines and supplies to 20 CHAL institutions. And they are providing psychosocial support training for 60 general community health volunteers in 12 communities.

CHAL is also working on restoring and improving health systems through infrastructure improvements of health facilities, quality of care at all levels and capacity of health workers. They have identified a need in strengthening data reporting systems from health facilities to the national level and their supply-chain management system.

CHAL hopes to acquire a truck to transport medicine and supplies soon. “We have gotten so many supplies,” Kamara said. “We need a means of transporting them.”

It’s a lot to do, and CHAL needs assistance to continue to grow. Kamara is thankful for IMA’s support before, during and after the Ebola outbreak.

“We appreciate the support,” she said. “It saved lives.”

IMA’s material and technical assistance support was made possible thanks to individual donations as well as grants from IMA member agencies, including Lutheran World Relief, American Baptist Churches USA, Week of Compassion, and Church of the Brethren. Additional donors include Disaster Aid USA, Inc. and the Rotary Clubs of Baltimore, Bonds Meadow, Chevy Chase-Bethesda, Mt. Airy, Owings Mills, Pikesville, and Sykesville in Maryland, and the Rotary Club of Harrisonburg, Virginia. 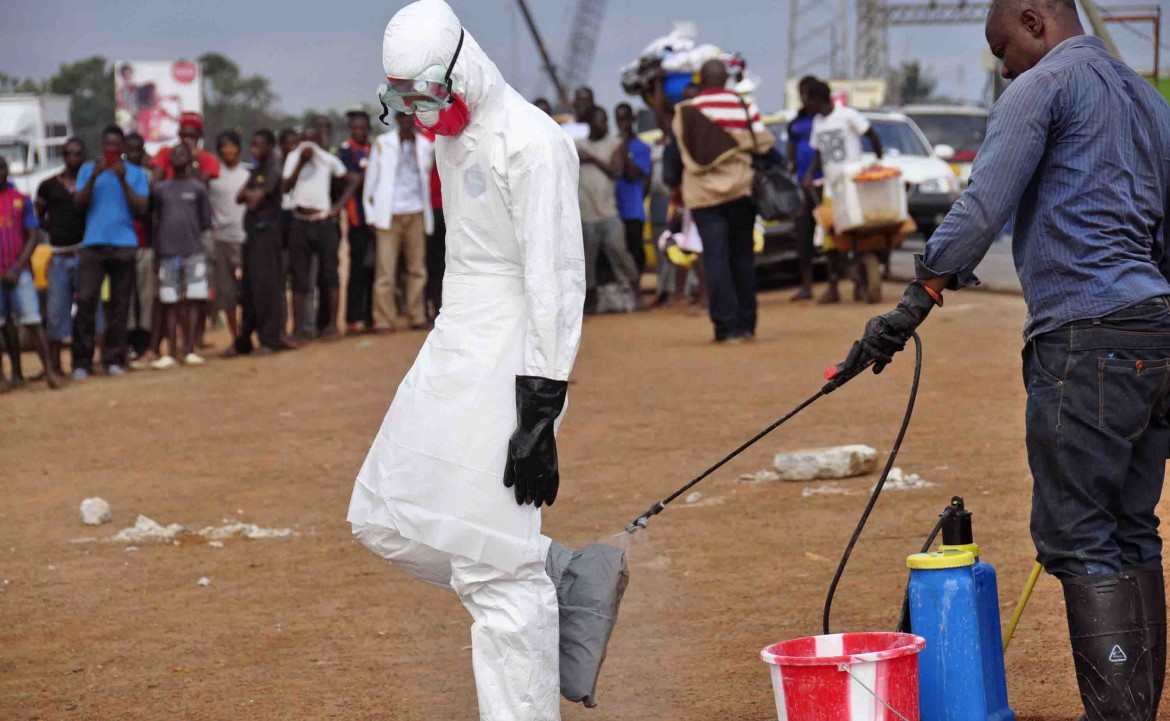