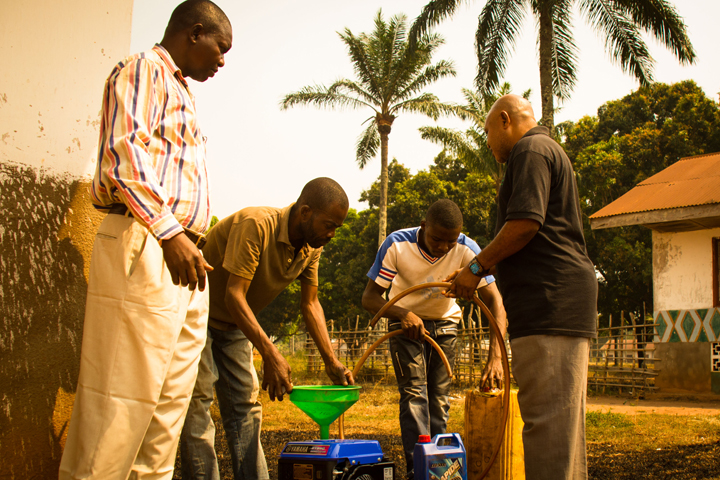 Fueling up the generator to provide electricity for the training 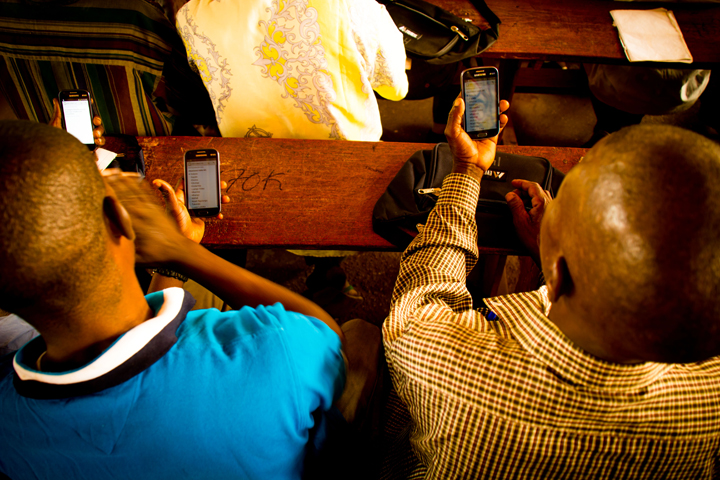 RECOs learning to use cell phones, some for the first time 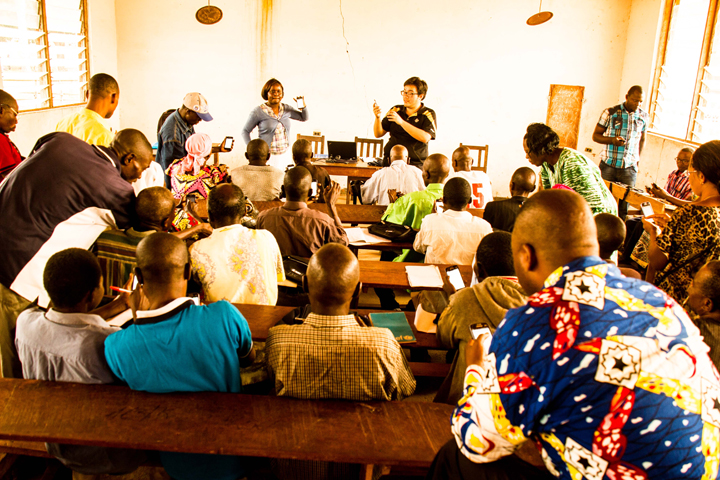 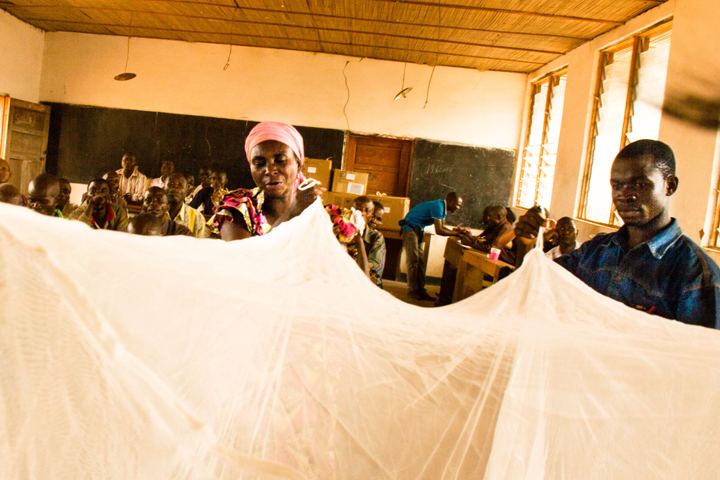 A RECO (left) and Field Supervisor, Delphin Kibwe, demonstrate how to hang the bed net 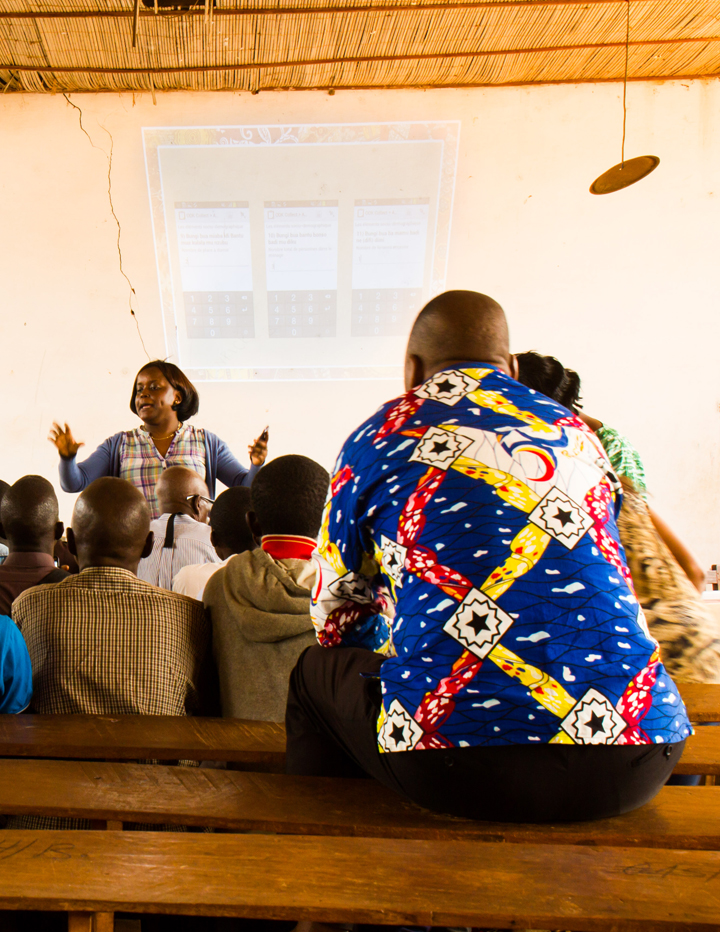 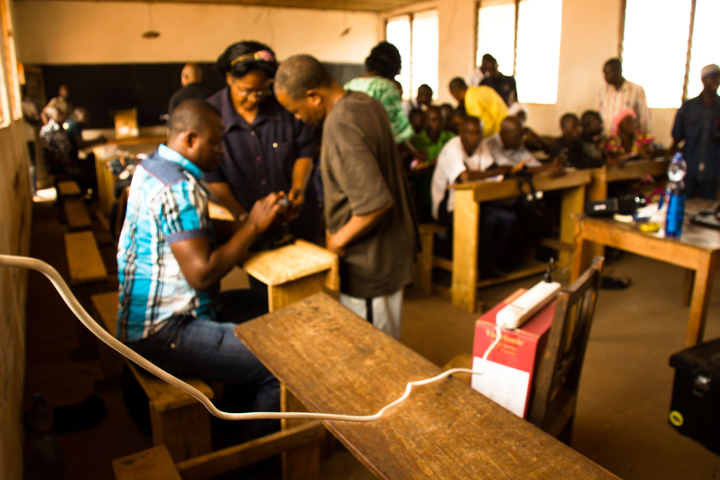 The Field Supervisors give one-on-one support to the RECOs

The ASSP Project’s Malaria Team successfully trained over 40 community volunteers, doctors and other health staff on cell phone usage and Open Data Kit (ODK) software in Nyanga health zone. The trainees will use the phones to collect data and track the distribution of over 30,000 Long Lasting Insecticidal Nets (LLINs) in the health zone. Many of the community volunteers, called Relais Communautaires (RECOs), have never used a cell phone before. One can imagine the difficulty of training someone to not only use a cell phone for the first time, but also collect data using the ODK software.

The training itself got off to a late start because the classroom was found to have no electricity. Thankfully the team was prepared for this, having brought four generators. A generator was unpacked and set up and the training commenced. The RECOs were each given a phone and the team went through the surveys with them question by question via a PowerPoint presentation. The ODK software consists of two surveys, one for household registration and one for distribution. The software itself is very simple, but for someone who has never used a phone, it can be challenging. Fortunately 12 newly hired field supervisors were on hand to work with the RECOs one-on-one and provide additional support. Once the RECOs were familiar with the surveys the class broke out into small groups of two and took turns practicing each of the surveys with one another. After a long day of working very hard to learn this new method of gathering information, the RECOs are ready to take to the village and register households for the bed net distribution.