Cervical cancer, already a threat in Tanzania, is projected to become even more entrenched over the next decade. Globally, deaths will likely rise 25 percent during the next 10 years, according to the World Health Organization.

THIS IS A PROBLEM WITH AN EASY SOLUTION.

IMA is working to stop cervical cancer in Tanzania through prevention, screening, and treatment for those diagnosed early in partnership with Lutheran World Relief. Together, IMA and LWR are expanding this effort and ensuring that women that require more advanced intervention at a larger medical facility receive free transportation and lodging for the duration of their treatment. In addition, women will be paired with a patient navigator that will guide them through the medical system.

Targeting an area where the need was most dire, IMA selected Tanzania’s Mara region to address cervical cancer because HIV is surging there – rising from 3.5 percent in 2003-2004 to 7.7 percent in 2007-2008. Being HIV positive increases the risk of developing cervical cancer by at least 50 percent and hastens onset of the disease by as much as 10 years.

As we screened for cervical cancer, our program also advocated checking for breast cancer. The result: We referred 111 women for further breast cancer testing and treatment. 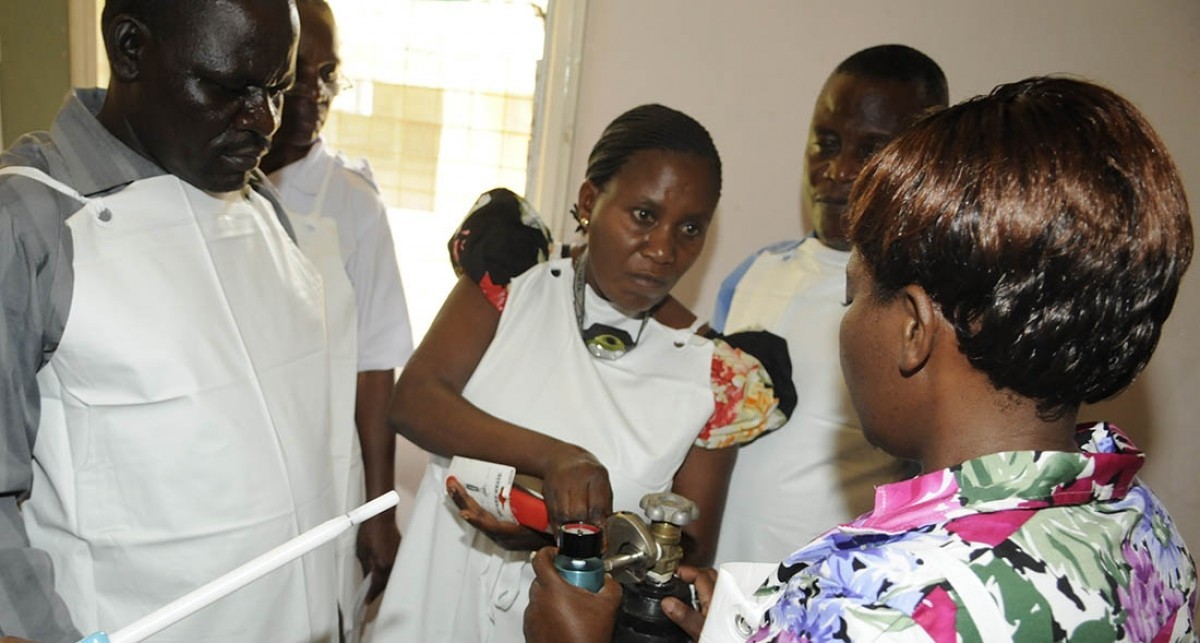 With your help, we can train health workers on proper screening techniques, provide essential equipment and screening supplies, provide referrals and counseling when necessary, and develop materials and community activities that will create awareness on the importance of screening and early detection. Please give women access to lifesaving screening, testing and treatment in the fight against cervical cancer.