Marcus Moore runs during a relay put together by the Grace College men's soccer team to raise money for COVID-19 relief on April 1 in Winona Lake, Indiana. The team decided to give a portion of funds raised to IMA World Health's COVID-19 international response. (Photo courtesy of Grace College)

Soccer team runs around the clock, and the globe, to beat coronavirus

When senior Ivan Santagiuliana’s grandparents in Italy died from complications of coronavirus, his teammates on the Grace College men’s soccer team could not rally around him as they normally would.

Instead of living, studying and training together on their campus in Winona Lake, Indiana, the team is currently scattered around the U.S. and the world, finishing their coursework from home and practicing social distancing.

But that doesn’t mean they can’t also find ways to support their teammates, or have a positive impact on the world, during their time apart. When head coach Arron Patrick came up with the idea for the team to raise money for COVID-19 relief, sophomore Tyler Brueckman took the idea and ran with it — literally.

With Brueckman organizing, the team initially agreed to participate in a 48-hour relay run and collect donations via GoFundMe. Starting at noon on Wednesday, April 1, team members would take turns running around their neighborhoods in 20-minute shifts, ending at noon Friday.

But, after the first 24 hours passed, they were so encouraged by tremendous community support and a rapid increase in giving that they decided to make their relay a full week around the clock.

“Running is a part of our sport,” said sophomore Cole Voss. “It’s just something that we do. Since God gave us the ability to run, why not do it and help others?”

Since their teammates hail from nearly a dozen different countries, the ‘round the clock relay made sense — those living internationally could be awake and running while their American teammates were asleep. The team’s international makeup, magnified by Santagiuliana’s tragic loss, also led them to choose IMA World Health as one of their fundraiser’s beneficiaries. 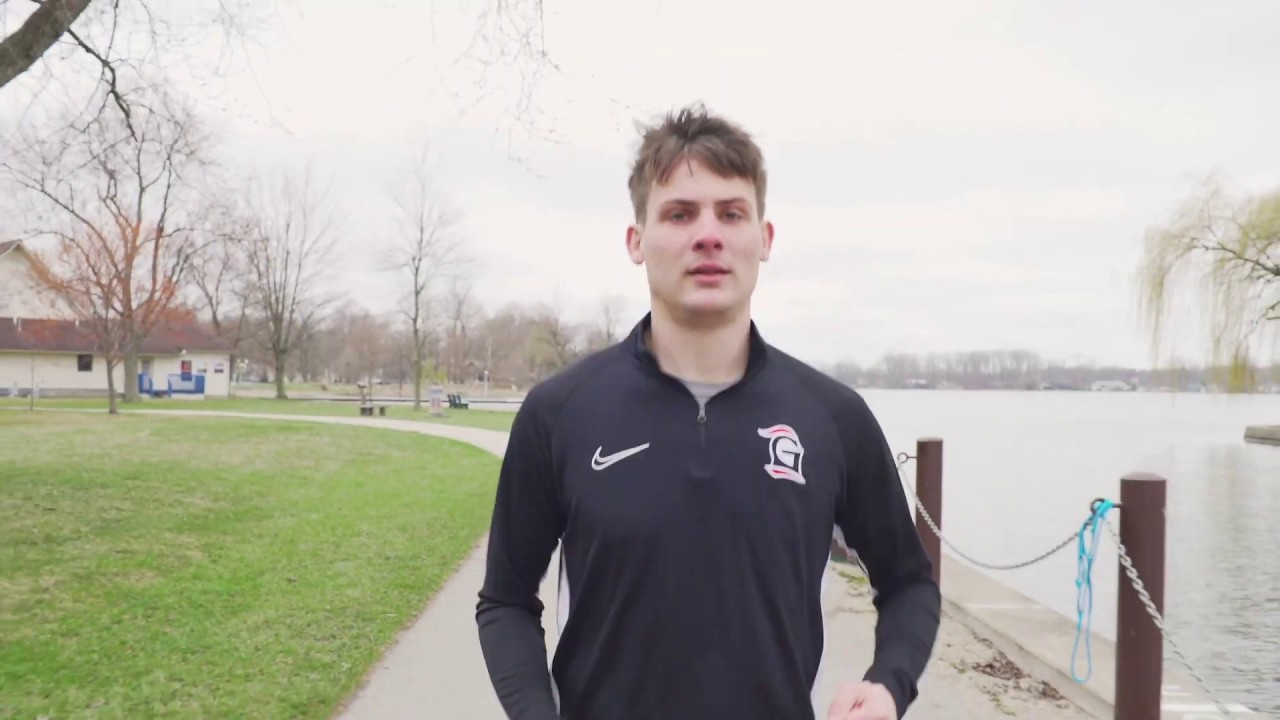 Charity Navigator, an evaluator of charities, has listed IMA World Health among the most trustworthy organizations providing medical services during the COVID-19 pandemic.

IMA has significant experience in responding to disease outbreaks, like the most recent Ebola outbreak in the Democratic Republic of Congo, and deep partnerships with faith-based health care networks across Africa. With these partners, IMA is rushing equipment and supplies to health workers on the front lines, equipping community and faith leaders to educate families about COVID-19, supporting local tracing of those who have come in contact with the disease to track and contains its spread, and more.

IMA is also working to pivot existing health programs around the world to include coronavirus response.

Inspiring others to support the fight against coronavirus

In addition to IMA, their fundraiser will support the Community Foundation of Elkhart County Response Fund and the Warsaw Salvation Army, both in Indiana.

"As a team, we wanted to do our part in the fight against COVID-19," Patrick added. "The team decided to use our abilities to move and run to make an impact, and we hope that we can inspire others to give back to their communities as well." Each leg of the relay is being documented on the team’s Instagram Stories. Follow along at https://www.instagram.com/grace__soccer/.

Are you using your talents and time at home to raise money for coronavirus response? We’d love to hear from you.