Trufena Mwenge Nyarere was scared. At age 35, she experienced profound bleeding but did not know where to turn for help.

The cost of seeing a physician meant a doctor visit was not possible for Nyarere, who has six children. That is, until she heard Lutheran World Relief and IMA World Health were offering free screenings for cervical cancer at Bugando Medical Center near her home in Tanzania’s Lakes region.

"So many women suffer from female cancer in the Lake Zone,” gynecologist Dr. Amina J. Yussuph said. “It is the leading cancer in our community.”

Dr. Yussuph says she sees three to five new patients each week with advanced cervical cancer, a leading cause of death among women in Tanzania. It is generally caught early in the rest of the world and, in its early stages, is entirely treatable. Yet Dr. Yussuph says she still regularly sees women who suffer and die from cervical cancer because they did not have access to screening for early detection.

“Most of them are women from poor socio-economic status who cannot afford treatment,” she said. 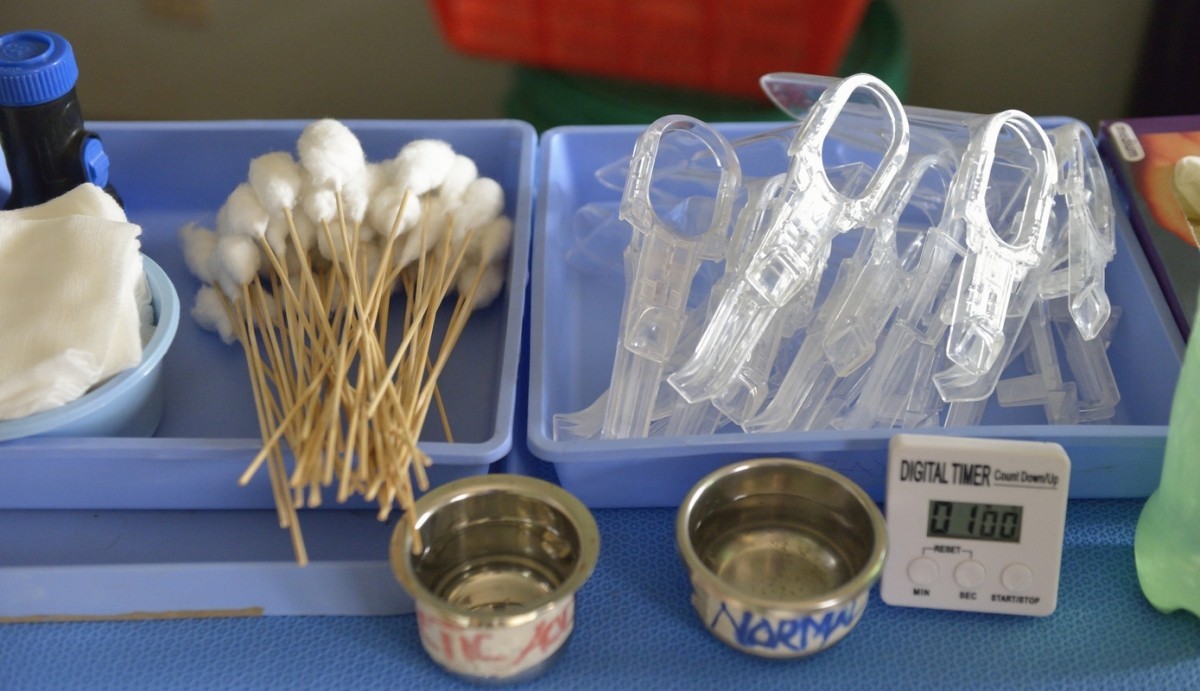 The Lutheran World Relief and IMA World Health project is the first since coming together in 2019. The program aims to spread information about the disease and provide screenings and treatment for women in poorer communities.

“People are not aware of cervical cancer, and they don’t come to the hospital until the disease is advanced,” Dr. Yussuph explained.

IMA World Health has worked for years with Tanzania’s Ministry of Health and clinical staff in the Lakes region to train health workers how to identify, diagnose and treat cervical cancer. Lutheran World Relief’s community development experience and investment in the program has helped to expand its reach and provide treatment.

Now that Nyarere has received treatment and is no longer bleeding, she sees a bright future for her family through a new goal.

“I wish to have a standard house made with bricks and a small well for my family, and to farm so I can pay for school fees for my kids,” she says.

Early detection saves lives. That's why we need you.

Thanks to you, Nyarere's children still have a mother. Save another life with your gift today.