World Water Day is on March 22 every year and focuses on taking action on water issues. (Achmad Ibrahim/IMA World Health)

That’s the number of people who don’t have access to clean water to drink, according to the World Health Organization.

Millions of men, women and children risk getting sick from their water—because they don’t have any other choice.

IMA World Health helps communities in some of the most remote places of the world to have clean water. We also work to improve sanitation and teach proper hygiene because unsafe water, poor sanitation and hygiene is the leading cause of death for children under 5, killing 1,000 children every day.

IMA World Health believes everyone should be able to quench their thirst with water that is safe and easily accessible. And we are doing our part to bring clean water, improved sanitation and healthy hygiene practices to communities around the world. 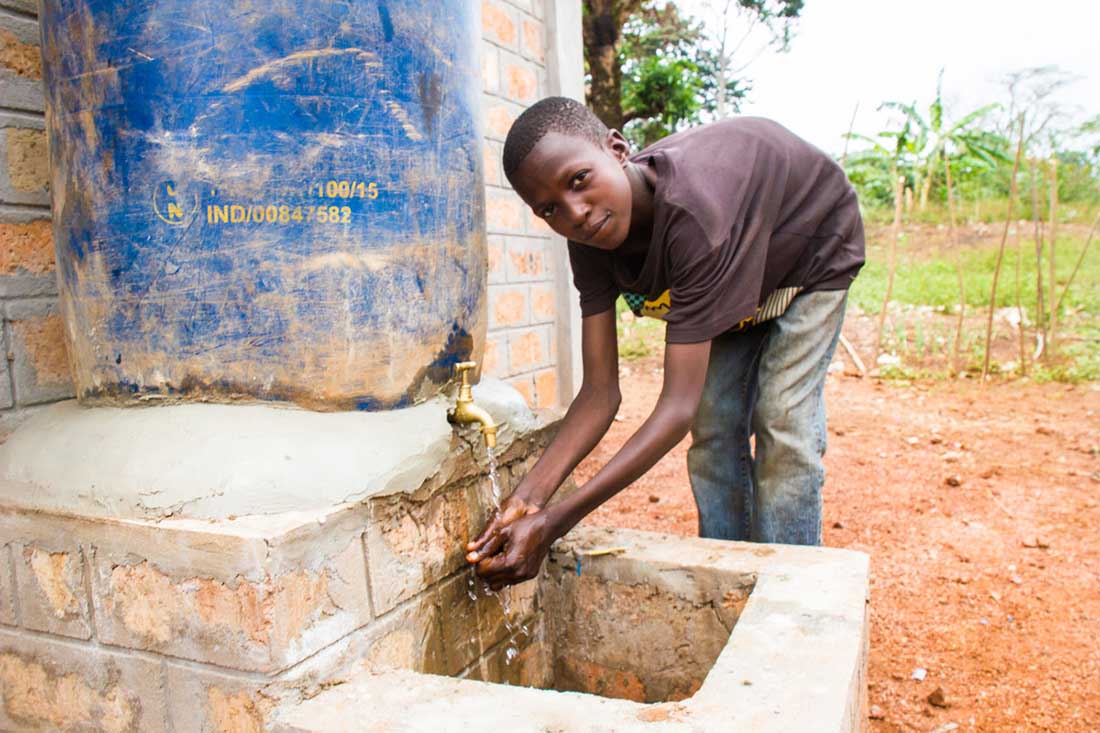 The Access to Primary Health Care Project, known locally as ASSP, is building cisterns, incinerators and latrines for over 300 health centers across DRC. The team has already outfitted 74 health centers with these facilities in all of ASSP’s project areas.

The management of rainwater in a health center is for many a miracle. Newly installed gutters collect water from the roofs of buildings and transport the water to a cistern that holds up 12,000 liters. The health centers use this water for many purposes, such as maintaining sanitary conditions inside the health center. Many health centers have also received community-sized LifeStraw filters, which make water safe to drink. 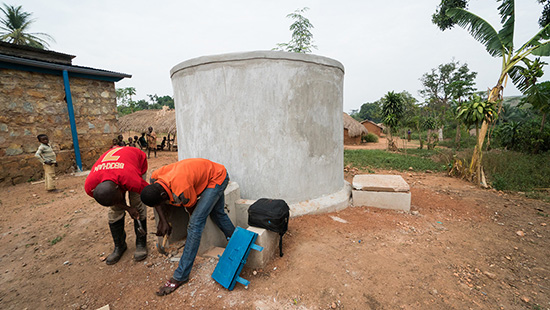 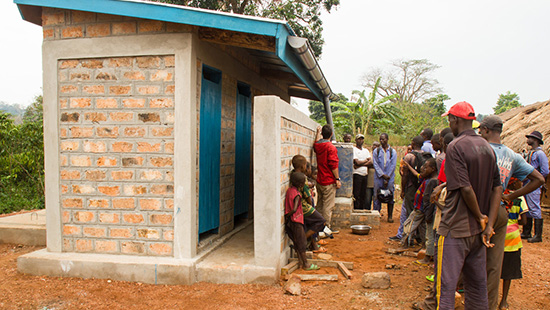 A second rain catchment system, which holds 200 liters, is also installed on the newly constructed latrines. This provides an autonomous hand washing station for washing up after using the restroom.

To further ensure the environment surrounding the health center is kept clean, health centers are also equipped with an incinerator. Since there are no garbage collection services in DRC, incinerators provide a means to dispose of medical waste that would otherwise be discarded in a pit or buried. 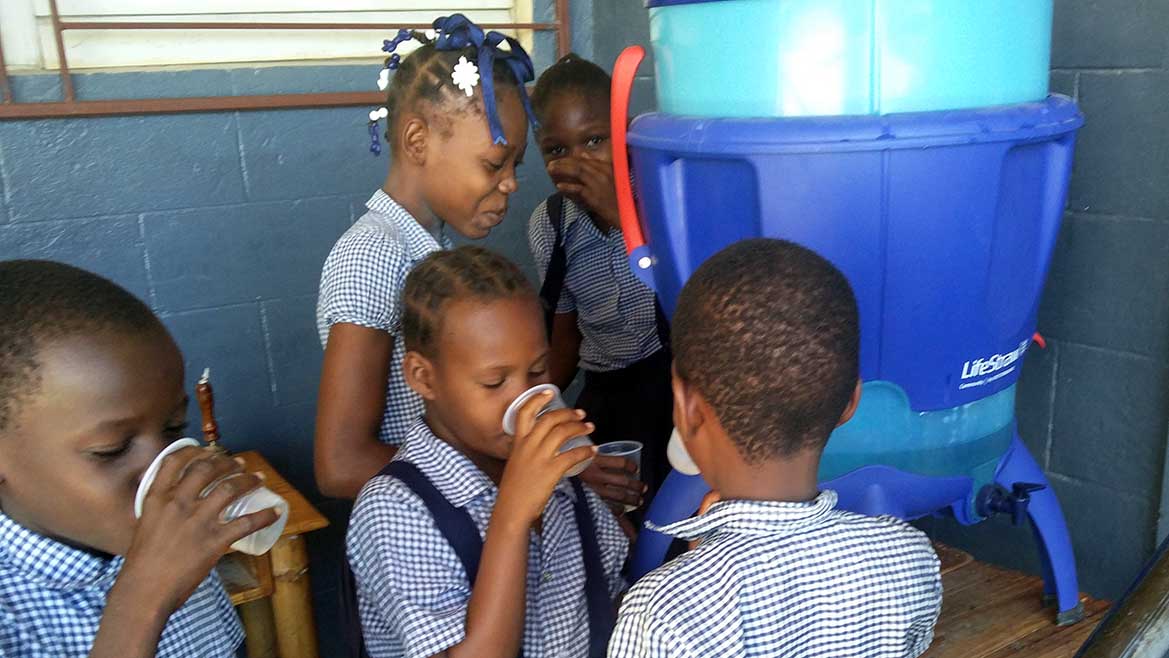 The Caribbean country grapples with insufficient access to drinkable water and proper sanitation—and Hurricane Matthew, which hit in October 2016, set back efforts to make improvements.

The Healthy Schools, Successful Children project is designed to improve water, sanitation and hygiene infrastructure in 60 schools in the South, Southeast and Grand Anse departments of Haiti. It also improves healthy hygiene among students, teachers and communities.

After the hurricane, IMA provided LifeStraw filters to schools to ensure school children had access to safe water to drink. The IMA team also distributed water, sanitation and hygiene materials to schools. 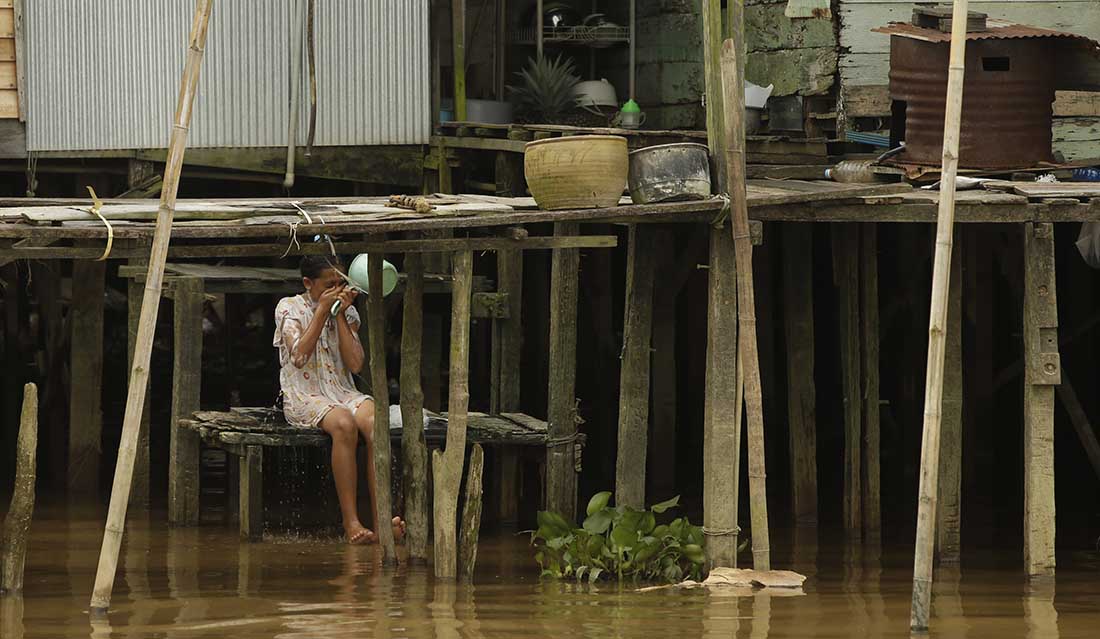 More than a third of Indonesians younger than age 5 are stunted, a problem with significant long-term implications for overall health, physical and cognitive development, and longevity. Stunting is not just a question of nutrition. Stunting prevalence rates are higher among children who often contract diarrhea.

Through the National Nutrition Communications Campaign, IMA aims to reduce stunting in Indonesia through a national level television campaign that emphasized complementary feeding and proper sanitation. The campaign has reached more than 40 million people.