Authorship in paediatric research conducted in low- and middle-income countries: parity or parasitism?

Authorship in paediatric research conducted in low- and middle-income countries: parity or parasitism?

Objectives: Interest in global health has increased greatly in the past two decades. Concomitantly, the number and complexity of research partnerships between high-income (HIC) and low- and middle-income countries (LMICs) has grown. We aimed to determine whether there is authorship parity (equitable representation and author order) or parasitism (no authors from study countries) in paediatric research conducted in LMICs.

Methods: We reviewed all articles published from 2006 to 2015 in the four paediatric journals with the highest Eigenfactor scores. We limited our review to articles from LMICs and abstracted information on author afﬁliation and order, funding source and study design. We calculated Student’s t-tests and chi-square using Fisher’s exact test with Monte Carlo estimates. 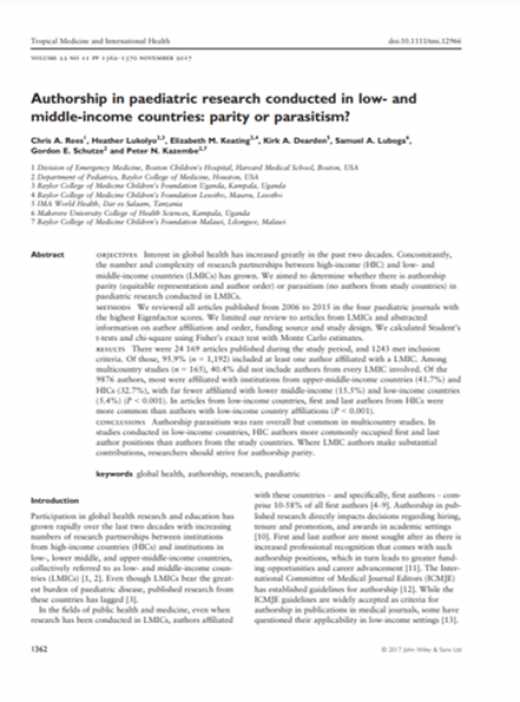