Nurse Hawa Rashid Msangi of the Mkuranga District Hospital near Dar Es Salaam, Tanzania performs trachoma surgeries on patients. The government and IMA World Health have cooperated over the past decade to combat blindness as a result of trachoma infections in the region.

As IMA World Health recognizes World Sight Day on October 13th, we honor our critical partnerships that are advancing efforts to control and eliminate trachoma, the world's leading infectious cause of preventable blindness.

Trachoma is a neglected tropical disease (NTD) and a public health problem in 44 countries. As of June 2021, 136 million people were living in trachoma endemic areas, including in many countries where IMA World Health operates. Blindness from trachoma is irreversible, and the World Health Organization (WHO) estimates 1.9 million people have been left visually impaired or blind as a result of trachoma infection.

Women and children are most impacted by trachoma, with women blinded by trachoma four times as often as men. The disease thrives in water-scarce and crowded areas where there is inadequate access to water, sanitation and hygiene.

As a bacterial infection, trachoma can be spread through personal contact (via hands, clothing, bedding, etc.) and by flies that have been in contact with the nose or eyes of an infected person. Trachomatous trichiasis (TT), the advanced stage of trachoma, is caused by repeated infections over many years, resulting in scarring of the eyelid which leads to the eyelashes turning inwards. As eyelashes scratch the cornea, the result is extreme pain, discomfort and eventual irreversible blindness.

One dose of antibiotics can clear and prevent trachoma infections for up to one year, and end stage trachoma can be prevented by removing in-turned eyelashes through a simple, outpatient surgical procedure.

IMA World Health began working to eliminate trachoma in 2009, providing antibiotics through mass distribution campaigns to millions of people annually in trachoma endemic areas of Tanzania. Following the guidelines of the WHO-endorsed SAFE (Surgery, Antibiotics, Facial Cleanliness and Environmental Improvements) strategy to prevent, control and eliminate trachoma by addressing its root causes, IMA World Health continues to address the backlog of TT cases. Working alongside the Tanzanian Ministry of Health, IMA has supported health system strengthening from the local to the national level while identifying patients and providing surgical interventions in hard-to-reach locations. By partnering with government-sponsored clinics and tapping into faith-based networks, IMA World Health has been able to reach the most remote settings with life-altering interventions to preserve sight.

The power of partnership

Through IMA's previous trachoma programming, with funding from USAID and the Hilton Foundation, we have achieved the following in Tanzania:

This year, from January to September, the following achievements have been reached through funding by Sightsavers:

Community TT case finders are recruited, trained and deployed by IMA World Health, in close collaboration with local leaders and the Ministry of Health, to identify suspected TT cases. These suspected cases are then confirmed by a Ministry of Health trachoma surgeon or TT screener and field-based surgical outreaches are organized to manage the confirmed cases. Case finders, local leaders and district eye coordinators all work together to provide health education and community awareness on trachoma prevention and control, as well as to sensitize the community on the importance of the surgical camps.

Through local capacity strengthening initiatives like this, we will continue to advance mutual learning and promote sustainable solutions to critical public health challenges. Following the WHO's Neglected Tropical Disease Road Map, IMA World Health’s NTD programming is moving the needle towards meeting the WHO’s 2030 control and elimination goals. Together with our local partners, we are looking forward to a future without trachoma. 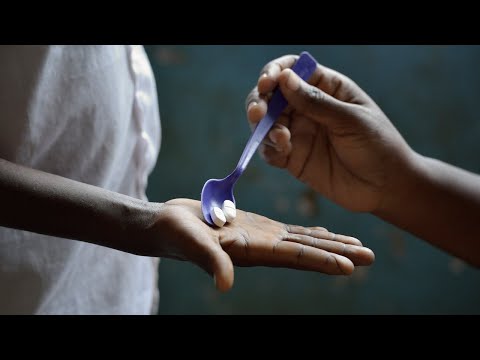 Learn more from our Tanzania Country Director Dr. Lali Chania about our collaboration with the Ministry of Health in Tanzania to combat trachoma.